A sailor who claimed someone scrawled racial slurs on his bed aboard an aircraft carrier —sparking a viral Facebook post in the process — staged the incident himself, the Navy said Friday.

Marquie Little, a 27-year-old African American seaman, posted photos to Facebook on Nov. 15 under an alias that showed his rack on the carrier George H.W. Bush covered in trash and racial slurs.

“I proudly serve the Navy and this is what I’m receiving in return,” he wrote in the post. 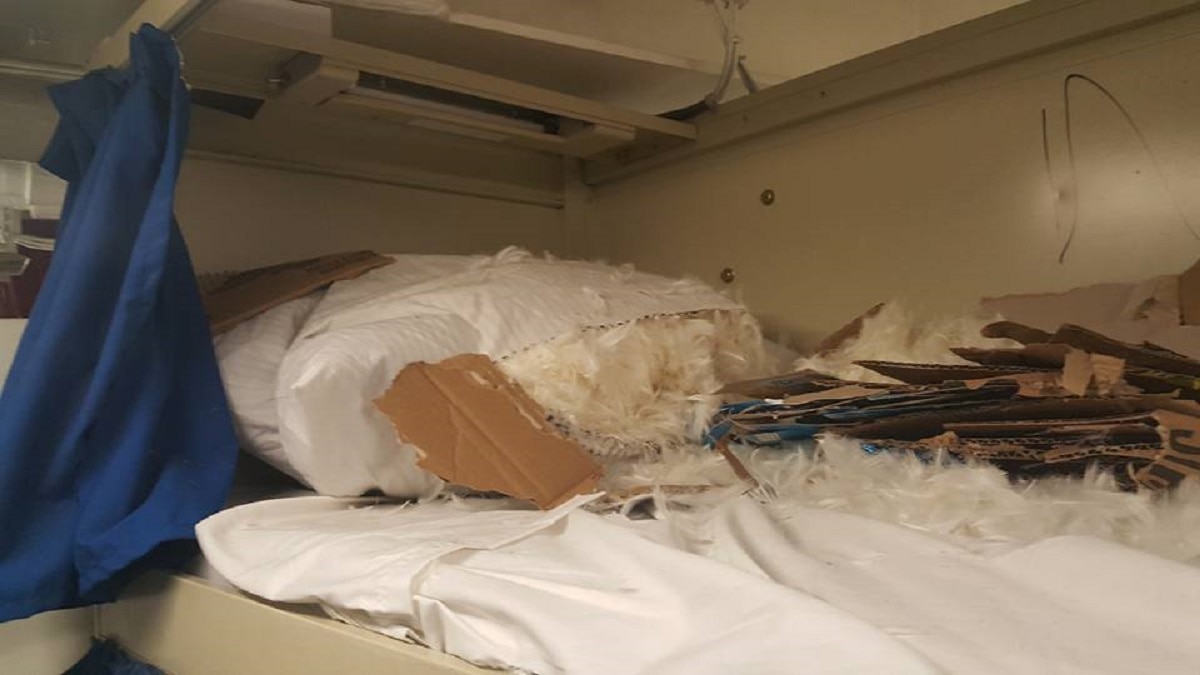 Marquie Little, a sailor stationed with the carrier George H.W. Bush, posted this and other photos to Facebook last month, alleging someone had vandalized his rack with racial slurs. The Navy said Friday that he fabricated the incident, a charge Little denies.

“It’s not my first time being called a word such as that,” the aviation boatswain’s mate airman said in a phone interview later that month. “It puzzled me as to who would do it and why they would do it.”

But on Friday Cmdr. Dave Hecht, a spokesman for Naval Air Force Atlantic, said “a thorough investigation” conducted with the Naval Criminal Investigative Service found inconsistencies in the sailor’s account.

“A NCIS-supported command investigation following claims of racially-motivated vandalism aboard the (carrier) has determined that the alleged victim staged the incident himself,” Hecht said in an email.

“The United States Navy does not tolerate racial discrimination of any form and the well-being of our Sailors is our top priority,” Hecht said.

Hecht declined to identify the sailor because he was not charged with a crime, but said the sailor had “received appropriate administrative actions and additional counseling and training.”

“He will remain a member of the crew and continue to perform his military duties,” Hecht said.

Little denied staging the racist vandalism, and said Friday that NCIS had not done a proper investigation, but did not elaborate.

“And now I’m to be here looking like a bad guy for attention,” Little wrote in a text message. “I have nothing to gain from doing such an incident but I have everything to lose.”

Hecht said that, while the Navy had disproven the sailor’s claims, it used the incident to provide additional crew training and reemphasize that vandalism and racism would not be tolerated.

Last month, after the vandalism and the Facebook post, Little told Navy Times he feared for his safety.

“Maybe the guy or guys that vandalized my rack would see me out in town,” he said. “I constantly have to look who’s giving me the side eye.”

Hecht said the carrier’s command used the incident as an opportunity to reiterate that the command “has an open door policy for reporting incidents of misconduct.”

The Navy incident follows another one this fall at the Air Force Academy preparatory school, where racial slurs were found written on the dorm message boards of five black cadet candidates.

The Air Force later said that one of those five black cadet candidates had admitted to writing the slurs.