UK: Coronavirus Only Killed Sick People Who Were Going to Die This Year Anyway, Claims Expert

Total Disinformation: Americans Think 9% of Population has Died from Covid

Who Will be President? All Bets Are Off Until the Debates.

Self-Help Sunday: “General Competence” is a Thing and You Should Have That Thing

Birth Rates: Who is Winning the Race?

Holland has No Face Masks, Top Scientists Say There’s No Evidence They Work

How to Fight the Madness

Hail the Catholic Church for Forcing Monogamy Upon the Nobility: Chapter 5 of Individualism and the Western Liberal Tradition

Web Team | May 18, 2019 | no comments
Fox17 Nashville is reporting that:
A coalition of agitators is set to protest on Saturday over what it calls the “protection” and “state’s welcome” of a white supremacist conference in middle Tennessee. (The conference is incorrectly identified as the “National Solutions Conference.”)

The “National Solutions Conference” with members from the American Freedom Party and Council of Conservative Citizens is slated for June 28-30 at Montgomery Bell State Park. (The Conference this weekend is Amren with Jared Taylor.)

It will be the 8th year this conference is held in the midstate, and it doesn’t come without controversy.

In fact, activists and coalition clergy will be protesting at the park in Dickson County starting at 10:30 a.m. on Saturday. They’re criticizing the state’s handling of the annual conference, saying “the state has gone to great lengths to deny free speech and freedom to access public facilities to those who oppose the white supremacists’ message.” 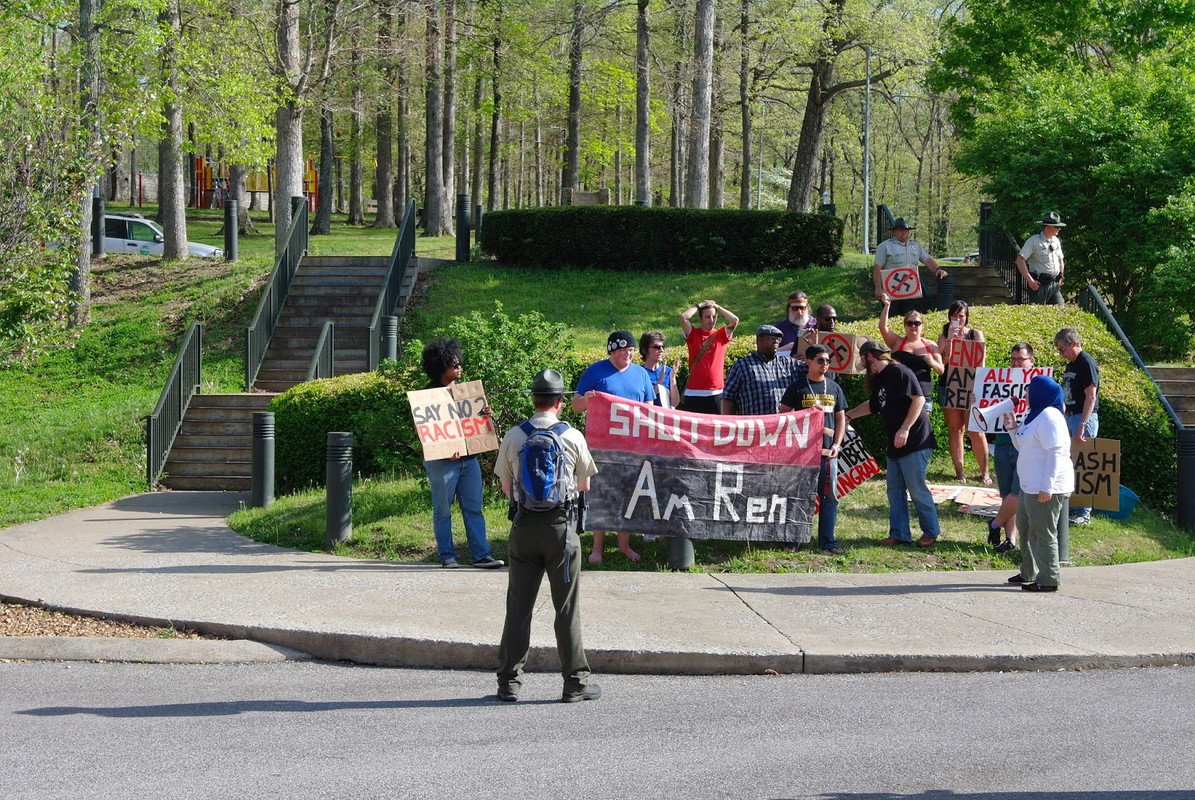 Actually, it has been leftist protesters who have traditionally disrupted the conference or any conference in Burns, TN. It is they who deny free speech and freedom to access public facilities. They have been supplied with outdoor facilities behind barriers.

The group claims Tennessee State Parks say it can’t stop the conference due to free speech, but facilities are shut down for the conference.

“Restrooms and the lunch counter are public accommodations. By denying the public access to those facilities, the State of Tennessee is hearkening back to the 1950s sit-ins, when the state protected white business owners wanting to keep people of color from certain establishments,” Nashville attorney Will York said.

(Again, this is the wrong event!? This is not scheduled for this weekend.)

Organizations that are part of the Communist Alliance include: Tennessee Poor People’s Campaign: A National Call for Moral Revival, One People’s Project, Harriet Tubman House, Women’s March Tennessee: Power Together, No Exceptions Prison Collective, Nashville Peace and Justice Center, Mercy Junction Justice and Peace Center, Anti Racist Action Network, and TN Anti-Racist Network. (Has anybody ever heard of any of these clowns?)