Why Can’t They Tell the Truth?

Warren: Everyone Here Illegally Must Be Able to Secure American Citizenship

Lots of People Don’t Like Being Injected with Mystery Substances, Study Finds

Oz: Cop Taken Off Family Murder-Suicide Case for Saying the Man Might Not Have Been in the Wrong

I Was the Judge in the Stop-and-Frisk Case. I Don’t Think Bloomberg Is Racist.

Recent Advances in the Study of Human Differences, Part 1 of 3: Gender Differences

Ethnic cleansing used to be a bad thing. But in America, when it happens to white people, it’s called progress and the “new face of California,” writes Ed Straker at NewsMachete.com. 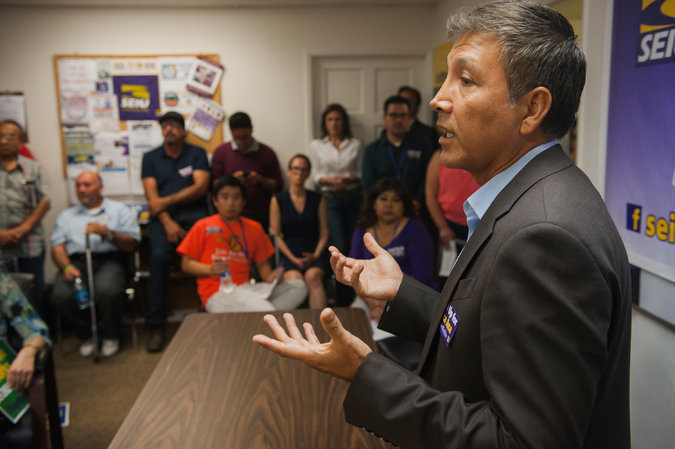 The town of Santa Ana has been almost 100% purged of white people. They were pushed out not by tanks and machine guns, but by a massive influx of people speaking a different language and bearing a different culture who expected everyone to adapt to their norms. [Multiculturalists say immigrants will adapt to Western culture. But that’s a scam to displace Western culture.]

Today Santa Ana is nearly 80% Hispanic and less than 10% white. We have a city in America that now demographically perfectly mirrors many cities in Mexico.

Vicente Sarmiento remembers when the local Republican Party here posted uniformed guards at polling stations in a closely fought State Assembly race three decades ago and they hoisted signs in English and Spanish warning that noncitizens were prohibited from voting. The guards were removed after state elections officials threatened legal action.

Such tactics would never take place today in this city 35 miles southeast of Los Angeles, where Mr. Sarmiento is now the mayor pro tem.

Everyone votes now, whether citizen or non-citizen, living or otherwise.

The historic downtown is clustered around what the official city map calls “Fourth Street,” but everyone here knows as “Calle Cuatro.”

A twirl of the dial on a car radio reveals a choice of Spanish-language stations. The sidewalks of Calle Cuatro are lined with stands selling churritos and tostilocos. “It’s like everyone knows that Día de los Muertos is going to be just as big and important of a celebration as the Fourth of July.”

That’s the problem. The culture of our documented and undocumented visitors has replaced our own. They are not even giving lip service to assimilating anymore; they are replacing American culture with their own and are proud of it.

One lingering issue is voting rules. Although Santa Ana has an all-Latino City Council, there are no Latino Council members in neighboring Anaheim, even though the city is almost half Latino.

But they aren’t required to speak English?

Mayor Eric Garcetti of Los Angeles, who is fluent in Spanish, said he makes a point at news conferences of setting aside time to speak to Spanish-language media.

“We are well past the tipping point – everywhere,” Mr. Garcetti said.

… local activists pressed the Council to end a longstanding contract with federal immigration authorities to house immigrants who entered the country illegally in the city jail.

Perhaps they can be placed in Anaheim until Anaheim reaches the “tipping point” as well.

If millions of white people moved to Mexico, imposed their own culture, and demanded that everyone speak English, they’d be kicked out of the country. But in America, we have surrendered our own culture, even our own language, in this silent invasion. And because illegal immigration brings in largely low-skilled people who can be easily addicted to welfare and become model Democratic voters, liberals love it.

Ed Straker is the senior writer at NewsMachete.com