A 26-year-old man faked his own stabbing at the West Bloomfield synagogue where he worked and then reported he was attacked because of his Jewish faith, authorities say.

Now Sean Samitt is facing a felony charge of filing a false police report, according to West Bloomfield Police. 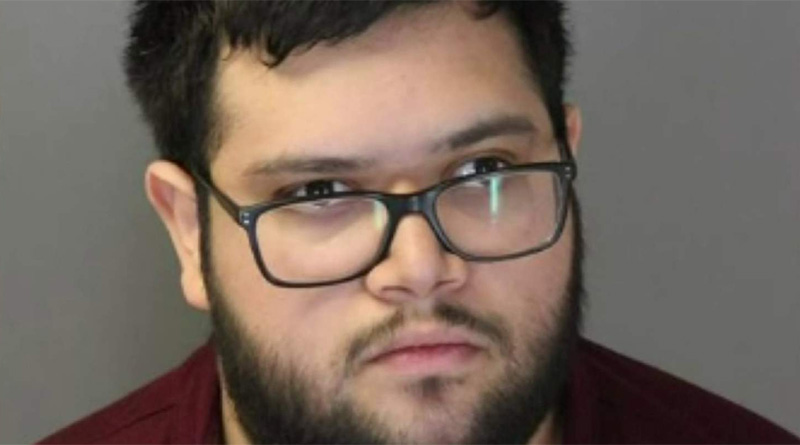 Samitt was arrested on Dec. 20 and arraigned the same day before Magistrate Julie Nelson-Klein at the 48th District Court in Oakland Country on one count of falsely reporting a felony, a crime punishable up to four years. According to authorities, his $7,500 bond was posted by Samitt’s mother.

On Thursday, he appeared at the 48th District Court for a probable cause hearing. He is expected to appear for the preliminary examination on Jan. 14.

Samit reported he was attacked and stabbed in the abdomen by an unknown man in the parking lot at the Temple Kol Ami, where he worked as a cantorial soloist, which is a music director.

He reported the crime on Dec. 15, telling police that he was confronted about 7 p.m. as he was leaving work by a white male in his late 30s to early 40s.

Samitt said that the alleged attacker shouted, “You Jews!” and said “too many immigrants are here,” according to the police report obtained by the Free Press through a Freedom of Information Act request.

Samitt told officers that he was punched in the chest and abdomen during the encounter and he feared for his life, the report said. He said he escaped by kneeing the attacker in the groin and pushing him away, then drove himself to Henry Ford Hospital where a security staff called local authorities about the attack.

Police said officers searched the parking lot for a weapon, blood or any other piece of evidence but came back negative. K-9 officers were not able to locate a scent on the suspect.

While searching Temple Kol Ami, detectives found bloody tissues in Samitt’s office and the men’s bathroom. They also located a knife in the kitchen area with blood on the tip of the blade.

Suspecting Samitt’s wounds were self-inflicted, officers obtained surveillance footage from a house across the street and confirmed that no assault took place.

Police said Samitt admitted to making up the attack and said he lost consciousness and accidentally stabbed himself while he was washing dishes at the synagogue. He said he lied about the incident because he was being harassed at work about his medical condition.

The second story also turned out to be fabricated, police said.

Officers were able to obtain information from Samitt’s cellphone health application that was synced to his Apple Watch, confirming he did not lose consciousness. Samitt then admitted to intentionally stabbing himself.

According to the ADL, a false case “could have a detrimental impact on those actual victims of bias crimes who seek justice in the future.”

Samitt’s false report occurred in the same month of two major anti-Semitic attacks in the U.S. In Jersey City, New Jersey, a shooting at a kosher market on Dec. 10 left six dead including two Hasidic Jews. The city’s mayor, Steven Fulop, said on Twitter that officials believed that the gunmen had “targeted the location they attacked.”

Then last Saturday in Monsey, New York, five people were stabbed at the home of a rabbi during a Hanukkah party.

Should we have second thoughts?