A Fish Called Wakanda, Part 3: The Riots, the Virus, and BlackRock

A Short Glossary of Black on White Crime

Liberal Mush from the Mad Dog

Web Team | April 9, 2018 | no comments
Prime Minister Viktor Orban won a third straight term in power in Sunday elections after his anti-immigration campaign message secured a strong majority for his party in parliament, granting him two-thirds of seats based on preliminary results.

The rightwing nationalist prime minister projected himself as a savior of Hungary’s Christian culture against Muslim migration into Europe, an image which resonated with millions of voters, especially in rural areas. 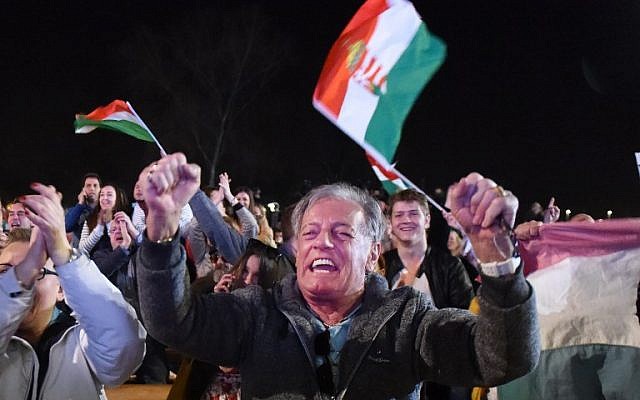 “We have won, Hungary has won a great victory,” a jubilant Orban told a large crowd of cheering supporters near the Danube river in Budapest.

“There is a big battle behind us, we have won a crucial victory, giving ourself a chance to defend Hungary.”

According to preliminary results with 93 percent of votes counted, National Election Office data projected Fidesz to win 133 seats, a tight two-thirds majority in the 199-seat parliament. Nationalist Jobbik was projected to win 26 seats, while the Socialists were projected as third with 20 lawmakers.