The Origins of “White Supremacy”? Democrats! 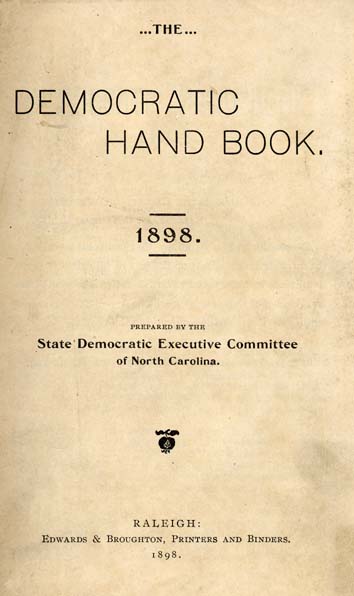 Did redemption truly come to North Carolina in 1877? In 1870, Congress ratified the Fifteenth Amendment to the Constitution, which stated that “the right of citizens of the United States to vote shall not be denied or abridged by the United States or by any State on account of race, color or previous condition of servitude.” Regardless of Democratic control over the State government, this amendment still stood as the law of the land, and blacks, by this time making up a significant portion of the Republican Party, still held voting rights, continued to express those rights, and held office positions (Hahn 2003, 219-230). To circumvent the power of the Republican vote at the state level, in 1872 Democrats gerrymandered the Congressional districts, concentrating the black vote into the Second Congressional District. (Item #551) By doing so, Democrats effectively monopolized state power after 1877. Despite the efforts to circumvent black power, however, blacks could still vote. (Other methods of restricting black power are discussed in the section on “negro domination.”) It was not until the rise of populism in 1890 when disgruntled white farmers left the Democrats and the successful fusion of the Populists with the Republicans in 1894 that Democrats realized the dangers of allowing for any vote by African Americans. The 1898 Democratic campaign expressed that realization and determined to officially Redeem North Carolina through disfranchisement.

The Democrats now blame the Republicans…

While the campaign of 1898 played host to many issues such as silver, education, debt and railroad regulation, the platform upon which the Democrats oriented all of the issues was white supremacy. “This is a white man’s country,” the Democrats claimed in their official Party Handbook, “and white men must control and govern it.” (Item #382, 38). White supremacy was a reactionary strategy wielded by Democrats following the successful takeover of state government by the Republicans and Populists on a fusion ticket in 1894. Recoiling from the loss of their one-party dominated state, Democrats set out to frame the election of 1898 as one of restoration. Race and partisan politics both play large roles in how the Democrats remembered North Carolina reconstruction politics, and how they envisioned the future. 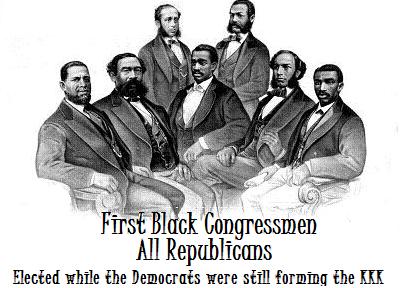 Through a distorted recapitulation of post-war reconstruction politics, the Democrats argued that the Republican Party obstructed the good governance of North Carolina after the Civil War and that the fusionist politics of recent years were doing the same again. In July 1868, the Democrats recalled, the Republican Party took over the state political apparatus. “No party ever had a better opportunity to serve a people and win their gratitude” they reflected, “but no party ever treated a people worse.” (Item #382, 7) In an address before the state legislature in 1870, the Democrats enumerated their claims against Radical Republicanism, which they understood to be ruining the state, in an attempt to win political support across party lines. “In the battle we are about to join against Radicalism, reckless extravagance, corruption, swindling, imbecility, and partisan tyranny” they stated, “why should we stop to inquire whether our leaders were in the past Whigs, Democrats, Unionists or Secessionists, so they but lead us to victory and save us from a defeat, the result of which would be nothing less than absolute ruin of the state?” (Item #382, 9) Victorious in the legislative elections of 1870, the Democrats then set out to restore North Carolina’s good governance—a Democratic-controlled, elitist governance.

Following 1870, the next two decades, the Democrats of 1898 remembered, were decades of respectable governance. “So, in 1870,” they recalled, “the Democratic Party obtained control of the legislative branch of government and held it continuously til 1894…During these twenty-four years the Democratic Party and the Democratic Party alone was responsible for the legislation of the State. The challenge is made to the most malignant enemy of this party” the Democrats dared, “to institute the most rigid, searching investigation into the record of that party during all these long years, and it is boldly asserted that he will be unable to find a single scandal, or a single act of dishonesty or extravagance.” (Item #382, 13) To the Democrats, 1894 meant an overhaul of their respectable system as Populists sought out spoils from the Republicans, despite having few political interests in common. (Item #342, 49) Between 1894 and 1898, then, the fusionist government did what the Republican Party had done following the Civil War, that is, defile the government with corruption and ignorance, and threaten the prosperity of North Carolina. It was against the problems caused by fusionism, then that the Democrats campaigned. 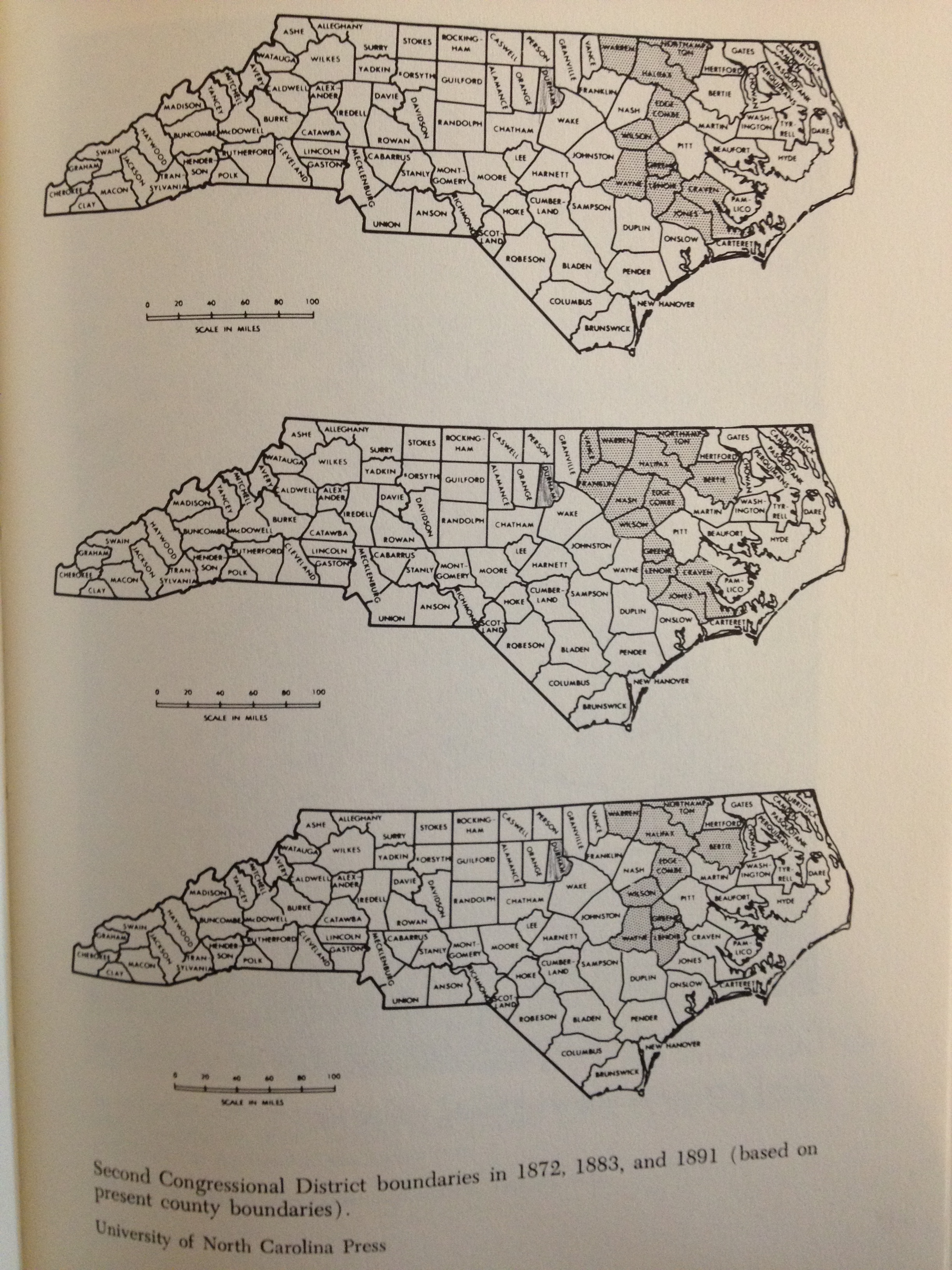 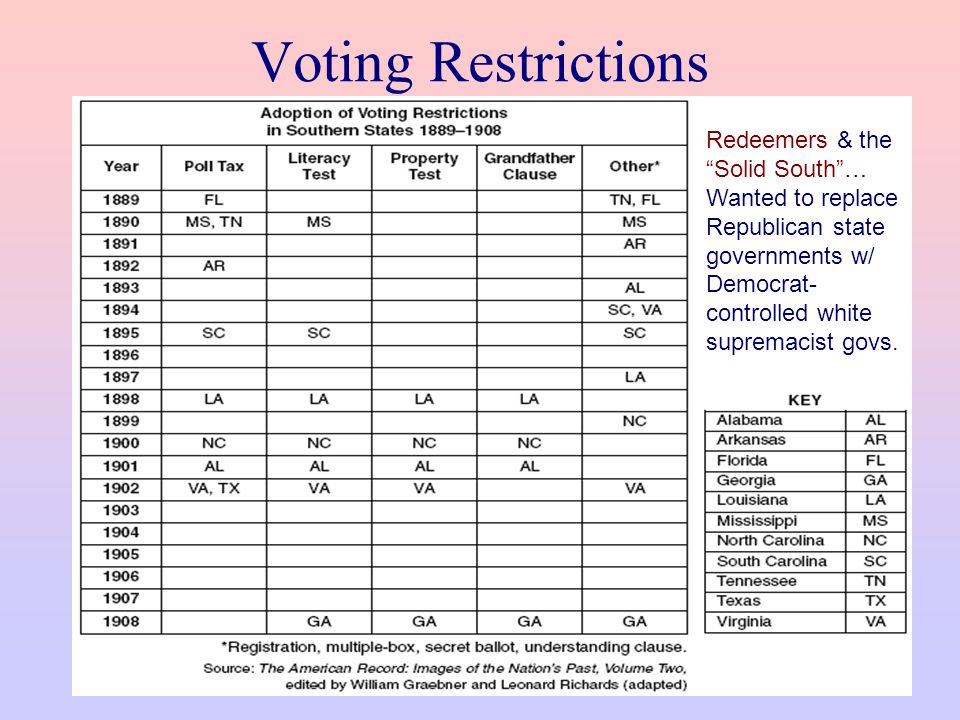